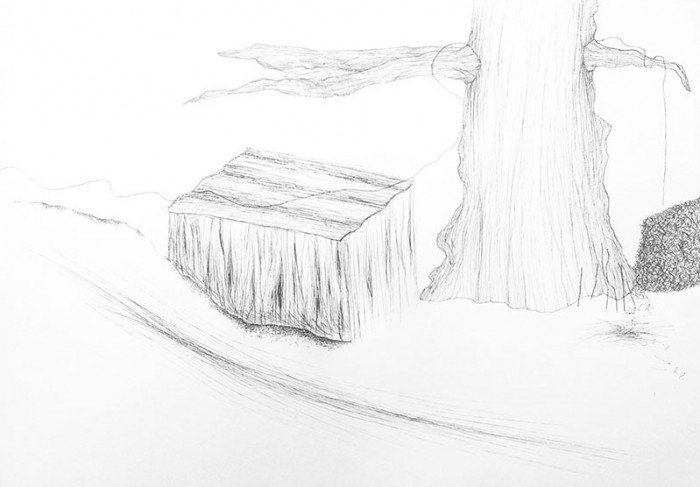 I used to have a tree house in the garden. We didn't build it. It was just a large platform between the branches that had grown naturally in the middle of the tree. The tree was on a slope down-hill from the drive and underneath it was a very old shed. There were two routes into the tree. Either you went to the bottom of the slope, circled round the back of the tree, squeezing between it and the garden hedge, and then climbed up the back, or you took your chances and ran from the drive straight accross the corrugated iron roof of the shed and hoped you didn't fall through. The tree is huge. Taller than a two storey house. The trunk reaches up to what would be the first floor where the branches open out to create a huge space inside. Enough space to fit about 8 children. Within the central space you could be completely invisible to anyone down on the ground. Or you could climb higher up the branches and look out for miles around. I spent a lot of time in this tree. One day I remember, a friend and I were playing at home and were told that my brother would be walking home alone and so we came up with a plan to scare him. (I wasn't a very good big sister). We found an old hose pipe and with a lot of effort climbing right out to the very ends of the branches we managed to rig the hose pipe up so that one end was inside the tree where we could sit out of sight and the other end was at the very end of a branch immediately above the gate to the drive. As my brother walked underneath we spoke down the hose pipe so a horrible nasty voice came from nowhere just above his head. It worked incredibly effectively for which I am sorry, and my brother ran in fear to the house.